Graham received an email on Monday from a production company working for the BBC. They wanted to film a garden and garden owner where there is plenty of wood/timber used in a garden for various purposes to use in a current gardening programme called "Garden Rescue" The programme goes out every afternoon at 15.45pm on BBC 1.
Graham spent about an hour speaking about various features in our garden and then the interviewer/camerman spent another 3 hours filming the garden. We suspect about 2 to 3 minutes will be used in a programme broadcast in late May/June. Also quite a bit of the filming will be used via the BBC archive on other editions of the programme as the interviewer was impressed with our range of features. 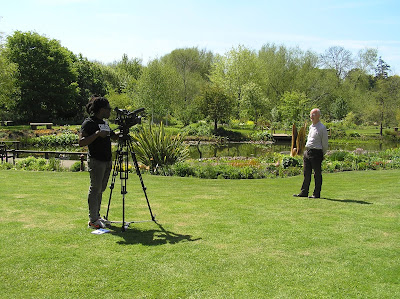 The use of modern technology meant Graham had a remote mike under his shirt with wifi unit tucked in his back pocket and also a mike on the camera. Gone are days when a full production crew turn up! 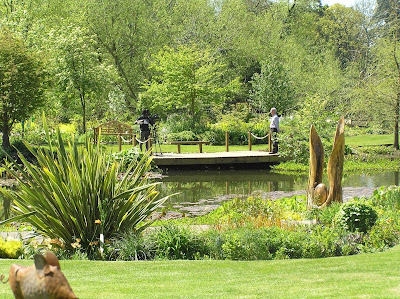 Our latest wood feature the pontoon became the core interest and Dean was also keen to film from the boat which gave Graham palpitations as it was the first time this year he had used it so rowing was a bit erratic!! 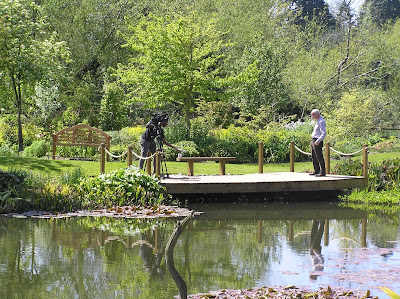 We await with interest as to how all the 4 hours spent in wonderfully bright sunshine will be edited and if the brief mention of our NGS open day will not be left on the cutting room floor!! 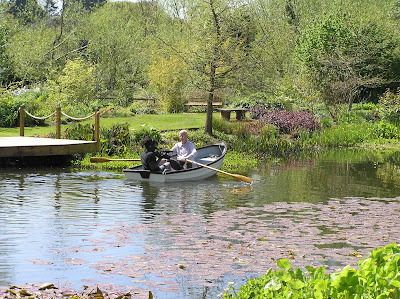